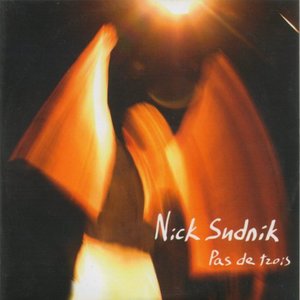 2008 release from Nick Soudnick, also known for his activities as ZGA and as one half of Vetrophonia. "Pas de Trois" was recorded during multiple live performances involving two dancers, and its tracks vary from structured dirge-like compositions with percussive metal that ZGA is known for to more atmospheric pieces that graft subterranean horns, creaking steel and heavily processed loops. A much noisier and less orchestrated experience than the "Akhe" releases.