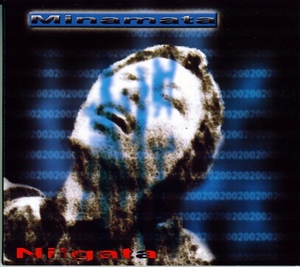 Minamata is the noise side-project of the veteran French industrial project La Nomenklatur. Primarily active from the mid 80's to the early 90's with tape releases and named after the neurological syndrome caused by mercury poisoning, Minimata's world is a toxic one of industrial wastewater and environmental decay, where the human howls struggle against tides of metal junk noise and sustained pollution. Savage, miserable industrial filth, just the way it should be.

This re-issue of the project's third tape from 1985 comes with two extra tracks from compilations recorded at the same period and one unreleased 17 minute-track recorded in 2002.