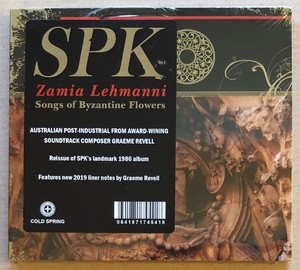 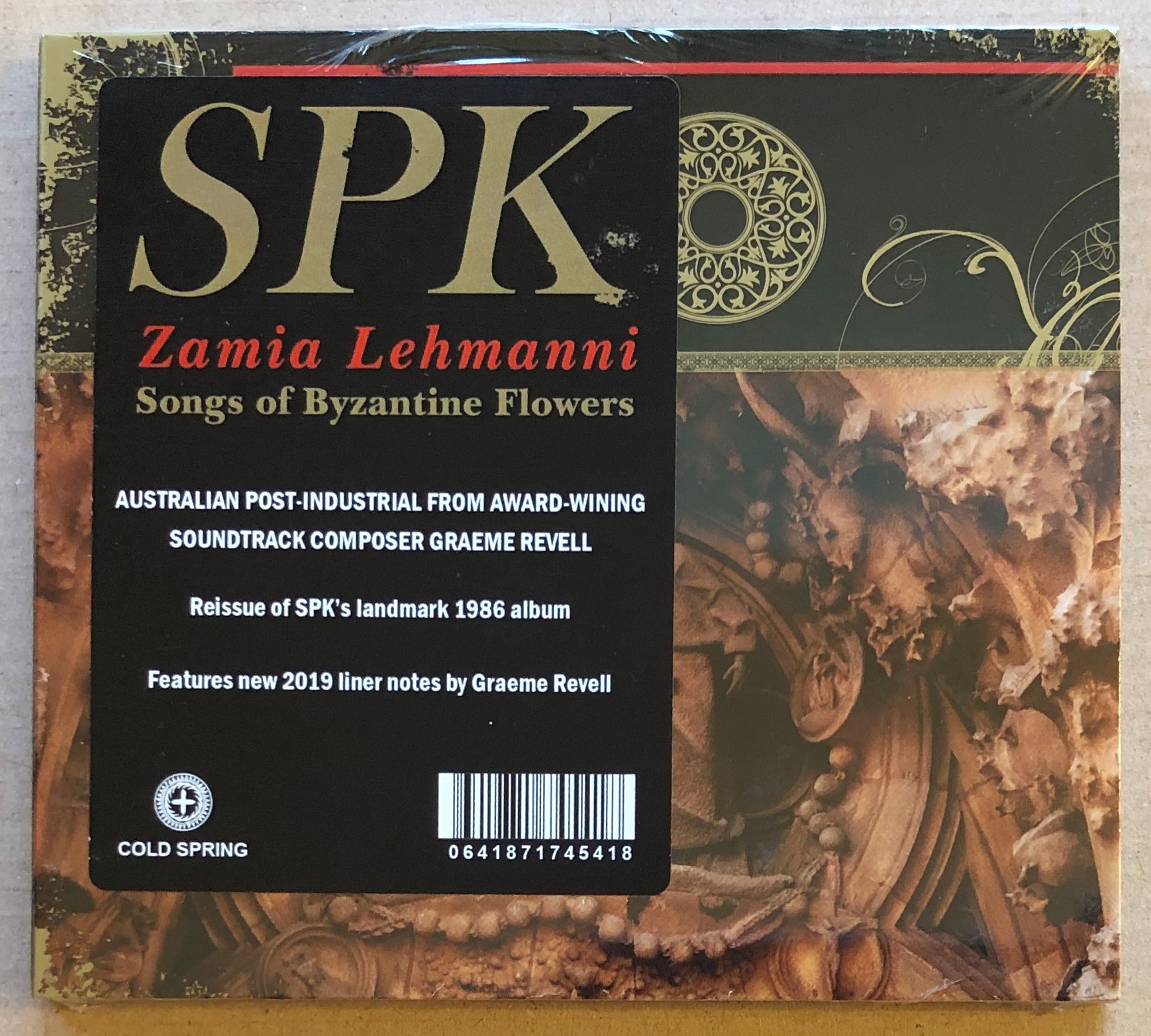 Label info: Originally released by Side Effects in 1986, “Zamia Lehmanni” was the third (and final) core SPK album and was Graeme Revell’s first truly solo project. He was in a period of transition, somewhere between the industrial noise of the early years and his later award-winning soundtrack work. On the day before this was first released, this style of music, now ubiquitous (especially in soundtracks), did not exist.

After “Information Overload Unit” cleared a space for subsequent explorations, and the environmental percussion and anchored mutilated sound collages of “Leichenschrei”, the “body without organs” was fully eviscerated. Graeme felt ‘industrial music’ was becoming ossified and needed to be taken into radically new territories: ‘post-industrial’.

The track “In Flagrante Delicto” (mastered as originally intended here) was later used by Revell for his work on the soundtrack for the 1989 film “Dead Calm”, which won him Best Original Score from the Australian Film Institute.

Unavailable in any format since Mute’s 1992 CD edition, we now present this landmark album on newly remastered CD, and on vinyl for the first time since 1986. Approved by Graeme Revell, this release comes with new artwork by Abby Helasdottir and is remastered by Martin Bowes (The Cage).