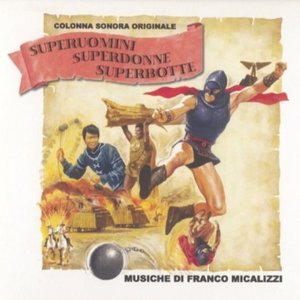 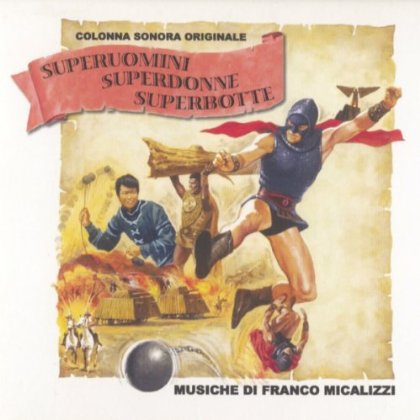 Label info: "Franco Micalizzi was born in Rome 21 December 1939. After composing a few soundtracks in the end of the sixties, he gained success in 1970 with the music for "Lo chiamavano Trinita'..." (My Name Is Trinity). During the seventies, he became one of the most prolific composers of Italian film music, scoring cult classics like "Roma a mano armata" (Rome Armed to the Teeth), "Napoli violenta" (Violent Naples) and "Chi Sei?" (Beyond the Door)."

"The score for SUPERUOMINI SUPERDONNE SUPERBOTTE has never been released before in any form, making this CD the world premiere! The untitled cues have been carefully restored from the stereo master tapes, except the bonus tracks which could only be found on a mono source with inferior sound quality. Some of the shortest and most recurring themes have been merged together to further enhance the listening experience."