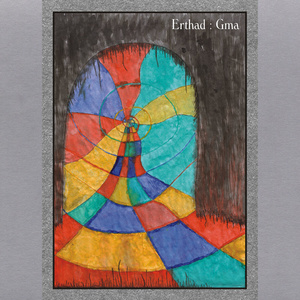 Active since the late 90's but without any official releases until now, Erthad's first output on physical format is the sort of obscure discovery from the Russian scene that makes Zhelezobeton a reliable source for new releases that go beyond what's already established or tamed by familiarity. Recorded in 2002 using processed voices and software synthesizers, "Gma" compiles 6 tracks of serene yet expansive robotic meditations, at times approaching some form of mantras for nano-technological organisms. Soothing but not ambient in nature, the closest comparison I can think of would be another Zhelezobeton act (Degeneral) crossed over with Sshe Retina Stimulants, but that's still not close enough to what can be found here.