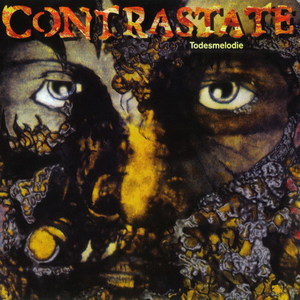 Sixth and final studio album by this sadly defunct UK duo. Inspired by the book "The Mysteries of Algiers" written by Robert Irwin and the 1965 film "The Battle of Algiers", "Todesmelodie" presents itself as a rumination on revolution and political strife in the shape of 4 long montages of electronic and acoustic instrumentation, found sounds and harmonic drones that culminate with "The Suitcase or the Coffin", named so after one of the slogans of the Algerian nationalists during the drive for independence. Haunting, desolate and demanding, this album initially provoked an unexpected sense of anxiety when I first heard it many years ago, enough in fact that it wasn't until I had later become accustomed to Contrastate's other works that I came to appreciate it for its uneasy nature.