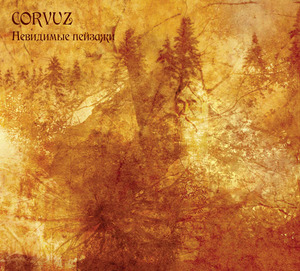 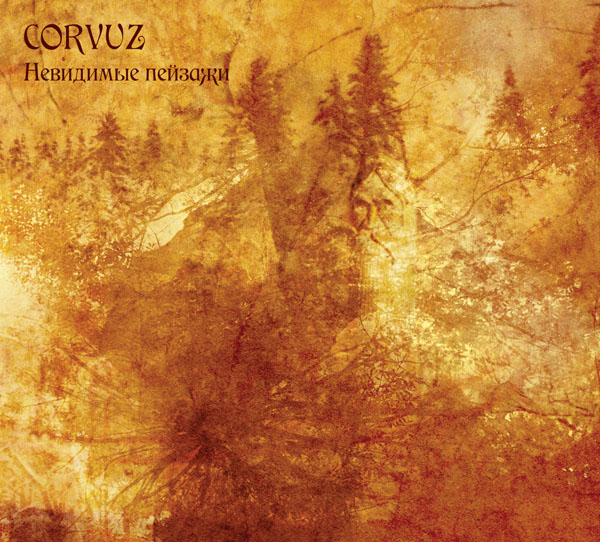 Label info: "The debut album of a musician from the city of Oryol, Russia, released with the support of ZHELEZOBETON label. "Invisible Landscapes" is dark ambient recorded with a typical Russian approach combining homage to native traditions, deeply melancholic contemplation and powerful thirst for the beyond. Dark red embers, twilight, wind sways over tree crowns, lost eyesight of the consciousness wandering in forest labyrinths and gradually dissolving in the infinite circle of life and death... Rich sound of Soviet analogue synthesizers, a bit of field recordings, voice samples and digital processing - this is the pallette used for creating this image. It feels that the music of Corvuz is inspired by the project Staruha Mha, a cover-version of its track rounds up the album. The album was mastered by Sergey Uak-Kib (Kshatriy), artwork performed by Sergey Ilchuk (Siyanie, ex-Vetvei & Vresnit Art)."