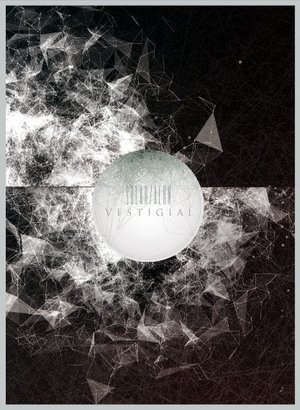 Label info: "In collaboration with Canada’s Cyclic Law label, we present a special re-issue of VESTIGIAL’s two first EP’s, “Solar” and “Aeon”. The Italian project points to a dichotomous vestige of man’s biological evolution relating to the degeneration of civilization, where a society enslaved to progress can only lead to a completely meaningless existence. Vestigial’s first output was the “Aeon” EP released in 2007 and had caused quite a stir in the Dark Ambient scene on its release for the sheer power and craftsman’s shift it contained, where slow burning atmospheres are offset by the occasional harsh outbursts of noise and crackles and underpinned by heavily processed voices. The “Solar” EP was released in 2009 and presented a rawer vision of Vestigial where death industrial sonorities collide with intricate ambient passages. Both EPs are very impressive pieces of dark ambient and we are pleased to make them available once again. The release includes two additional tracks taken from the compilations the project participated in 2008 and 2011."