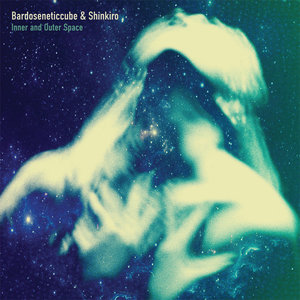 Second collaboration album between Bardoseneticcube from Russia and Shinkiro from Japan, following up the Four Noble Truths CD released as Bashin on Athanor back in 2011. Still inspired by the basic teachings of Buddhism, this is a contemplative affair that dwells on the subject of inner and outer space, perfectly suited for its sedated metallic drones, morphed voices and strangely liquid and shifting textures. Initially thick but never muddy, the sound takes on a more rarefied and cosmic tone later on in the album, with "Afterglow" being an amazing piece of crystalline beauty surrounded by sheer astral darkness.