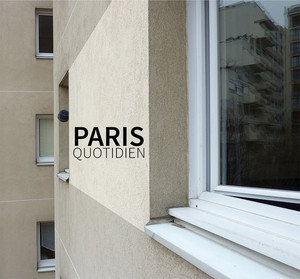 On his latest self-released work, soundscape artist Eric La Casa willfully restricts his field recording methodology to his immediate surroundings, namely the inside of his Paris apartment and all the sounds emanating from within it and outside of its windows.

From the wider angle level of street noises, nearby construction and passing cars to the microscopic perception of electric interference, vacuum motors and ventilation system hums, "Paris Quotidien" is much richer in texture and variety than the initial domestic scope would imply. The 3 long tracks progress as an intimate and fascinating dive into a narrative recollection of the daily sounds that collectively form the audio signature of one's habitation, far from the fatigued stereotypical sonic portraits of Paris.