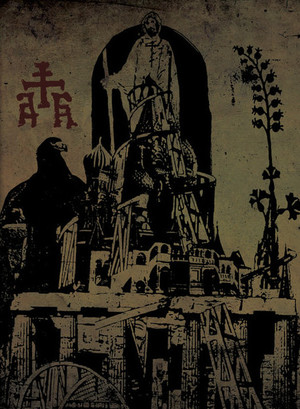 A much needed CD re-release of this cult 1988 tape from the Yugoslavian experimental underground. Apokrifna Realnost (or rather Aporea as it was known on the initial cassette) was one of the earliest projects of Goran Trajkovski and Zoran Spasovski, the Macedonian musicians who later reached prominence with their Byzantine folk rock as Anastasia and their goth rock / coldwave band Mizar.

This project's sole release was the material presented here, a unique synthesis of religious chanting, arcane ritual experimentation and deep-rooted folk music, all performed with the same characteristic skillfulness and fervor present on their later works.