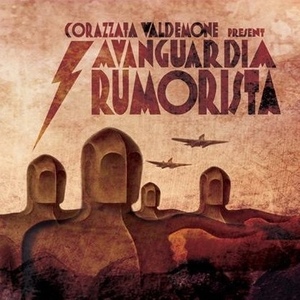 Corazzata Valdemone is an Italian project inspired by WW1, Futurism and the aesthetics of totalitarian movements. While that hardly sounds original for the martial industrial and neo-folk genres, their take on these clichés is invigorating and playful, willing to use anachronistic effects such as bit decimation, synthetic snarls and dense drones that wouldn't be out of place on some Predominance tracks. Far from being dabblers in the genres, they're also competent enough to pull off two covers of traditional acoustic songs. A successful fresh take on old tropes that brings to mind Blitzkrieg Baby's similar ability to play with the conventions of the post-industrial sub-genres.