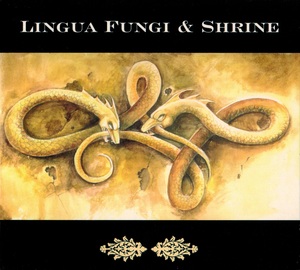 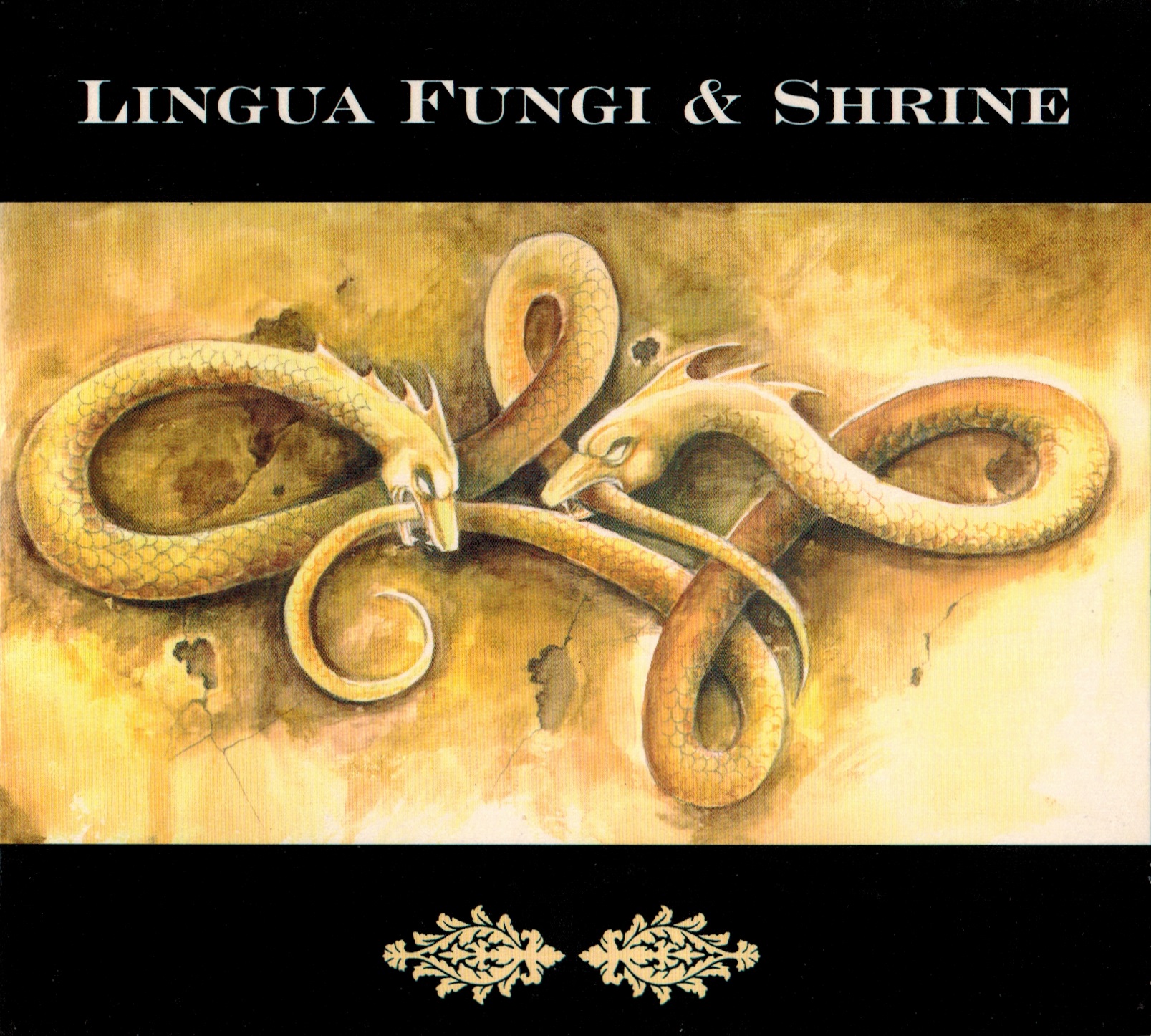 Split 2008 release from these two ambient projects that were still somewhat under the radar then, before they gained more prominence with their releases on Cyclic Law for Shrine and Aural Hypnox for Lingua Fungi.

I've talked up Shrine previously when I came across his excellent Final Asylum album, and he does not disappoint here either with his harmonious drones punctuated by ghostly industrial loops and field recordings.

Operating in a completely different style, Lingua Fungi's moss-covered ambient relies more on gentle acoustic guitar melodies, hand drumming and the sort of nighttime forest atmosphere that would be at home on an Ad Lux Tenebrae or a Ruhr Hunter release.