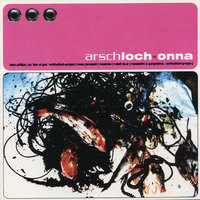 Label info: "This release is a collage of both live aktions and studio recordings that were recorded during a Japanese tour Japan in October 1997 by the... (continued)