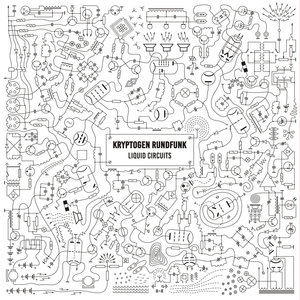 14 years ago, when I was still a student running a Paris bedroom label in the prime years of the now forgotten CD-R label boom, I received a package from Russia that contained a split release from two St. Petersburg projects cryptically named Kryptogen Rundfunk and Rupor Udara. It was the sort of earnest and vigorous industrial noise that I still love to this day, dynamic and with a sense of emotion and atmosphere.

Later on and after continuous contact with M.M. of Kryptogen Rundfunk, I released his first solo full-length album titled "22.SZ", a process during which the pressing plant kindly informed me that each CD copy was placed by hand inside a plastic sleeve by a detainee at a women's prison.

M.M. has been far from inactive since then, and the years have been marked by many memorable collaborations, side projects and compilation releases which I've carried in my mail order. His own Zhelezobeton label and later its drone/ambient sister label Muzyka Voln became prominent fixtures by not only releasing essential material from Russian noise, drone and post-industrial projects, but also by distributing thousands of other CDs, CD-Rs and tapes both from and to this scene's listeners and actors.

Consistent with his work, this second album uses analogue synthesizers, signal processing and captured radio noises to create a glowing stream of sound that radiates with varying intensity, but always carried with a generous amount of calming low-end. Gentle, soothing pulses at one point and white-hot incandescent electric noise at others, this torrent of static, ground hum and fried frequencies is expertly controlled to create a hypnotic state of bliss. Shock Music for Shock Workers.